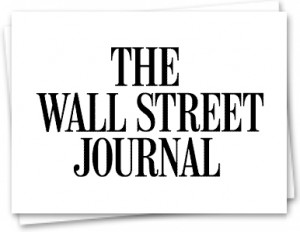 Entrepreneurs and big companies are battling one another for the rights to manage hot new Web address endings, including .app, .home and .book. Some are gathering in Prague this weekend, where they may decide to team up and pursue a contested domain together or duke it out.

Among them will be Bill Doshier of Conway, Ark., who hopes to meet his competition for the rights to .fun.

Mr. Doshier in April officially applied for the rights for the name as well as .buzz. He thinks he can sell the two domains to registrars such as GoDaddy.com LLC, which specialize in reselling website addresses, including secondary names—the words to the left of the dot. He believes people who list entertainment venues or promote parties online might have an interest in buying addresses such as parties.fun.

One big challenge for the 50-year-old former sales manager: He isn’t the only one trying to nab .fun.

The Internet Corporation for Assigned Names and Numbers, or Icann, a nonprofit that regulates the Internet, last week disclosed the identities of the more than 800 applicants for new right-of-the-dot names.

Oriental Trading Company Inc., a party-supplies retailer, and Internet giant Google Inc., it turned out, had also put in applications for .fun. “Fun is a better word than I initially gave it credit for,” said Mr. Doshier, who was heading to Prague. “I’m in with some quality competition.”

In addition to his own money for application fees and technology services and other expenses, Mr. Doshier lined up additional funding from private investors to cover the cost of managing and promoting the domains in the event he wins approval from Icann for either of them. “My intentions are to be a part of .fun but I realize who I’m up against,” he said. “I’m nervous.”

The gathering in Prague will be the second of three meetings Icann holds annually in different regions of the globe. The meetings, which are free and open to the public, offer participants a chance to air their opinions about the Internet, ask questions and receive updates from Icann about the organization itself.

But at this weekend’s meeting, many of those seeking the rights to contested domains say they intend to meet with their competitors. Some hope to discuss teaming up to reach arrangements where one party might agree to withdraw an application so that another technically would have the rights to manage the name in question. But they would work together to manage the name and share profits if Icann were to later approve the remaining application. It is also possible that some domain seekers will offer to pay their rivals to back out entirely. Icann, which awards domains based on applicants’ qualifications and plans for using the domains, is expected to begin evaluating the applications next month. It is unclear when selections will be announced, according to Michele Jourdan, a spokeswoman for the nonprofit.

Icann doesn’t have any rules governing how applicants should or shouldn’t address competitors seeking the same domains. According to Ms. Jourdan, applicants can withdraw their submissions at any time and may be eligible for a partial refund depending on when they pull out. If Icann determines that more than one applicant is equally qualified to manage a particular domain, and none of the applicants seeking it bow out, a bidding auction will ensue. “We encourage the applicants to work things out themselves,” says Ms. Jourdan, adding that going to auction should be “a last resort.”

Businesses, nonprofits and government entities submitted a total of 1,930 applications for new Web address endings earlier this year for the latest application process. Dozens of domains received multiple applicants. The most popular include .app (13), .home (11) and .inc (11).

The application season, from January to May, was the first time in more than a decade that anyone could apply for a new top-level domain of just about any kind—domains the applicants themselves picked out, such as .pizza. The application fee was $185,000 per domain.

In the past, new domains like .net and .org haven’t exactly taken over the Internet, at least not with big companies and major players. Neither have .info., .mobi and .aero. Today there are roughly 102 million Web addresses ending in .com, followed by 14 million with .net, 10 million with .org and eight million with .info, according to Matthew Zook, the head of ZookNIC Internet Intelligence, an Internet research firm.

Google submitted applications for 101 domains, including trademarks like .google and names that “have interesting or creative potential,” according to a company blog post published in late May. The Mountain View, Calif., concern declined to comment on its competition for some of the names it is seeking. Oriental TradingCompany declined to comment on competition for the .fun domain.

To some, the application period earlier this year was a golden opportunity to acquire domain names they could sell to registrars like GoDaddy or keep for themselves to create online businesses or expand existing ones.

Donuts Inc., an eight-person Bellevue, Wash., business, applied for 307 domains. The company was formed for the sole purpose of becoming a domain registry holder, as is true for many of the applicants. About half of the domains it is seeking are also being sought by others, including Microsoft Corp. and L’Oréal

SA. Donuts was formed in early 2011 and has raised $100 million in investor capital, according to Daniel Schindler, 47, one of the firm’s four co-founders.

He said they all plan to attend the conference in Prague to meet with their domain-name rivals, several of which have already offered to pay Donuts to withdraw its applications for specific names. “We’re not interested in getting paid off,” Mr. Schindler added. He declined to identify those who asked the firm to withdraw its requests.

“We feel confident that we will be able to make deals with some of our contenders,” he said. What would consideration be? “It may be a trade. It may be a money exchange. It may be cooperation,” he said.

Some are considering whether to team up with a competitor. “It could make good business sense for both parties,” said John Styll, co-owner of Far Further LLC in Nashville, which is one of eight applicants vying for the domain name .music.

Far Further is run by Mr. Styll and founder Loren Balman, plus seven contract workers. The company formed in 1998 for the purpose of one day managing a top-level domain. It has no revenue, but it has raised more than $2 million in angel funding to cover the Icann application fee, salaries, consulting services and other expenses, according to Mr. Styll. It intends to sell .music addresses via registrars to anyone interested in using it to benefit the music industry.

Mr. Styll said Far Further is encouraging its supporters, mainly music associations, through social-media outlets to post a comment in favor of its bid for .music on Icann’s website.

Public comments can be posted about any of the applications for new domains between June 13 and August 12. The public can also file objections against applications in some cases, such as if the objectors own a trademark for a name an applicant is seeking.

Planet.eco LLC, a Stamford, Conn., company that applied for .eco, filed suit in a California district court in March against Top Level Domain Holdings and Big Room Inc. of Vancouver for using .eco in their marketing. Both defendants had announced their intent to apply for the .eco domain on their websites prior to the start of the application window. Both followed through on those intentions.

Jean William, co-founder of Planet.eco, said his company was formed in late 2011 when two other firms joined forces, one of which secured federal trademark protection for the term .eco in 2008, Mr. William said. Planet.eco, hasn’t decided yet if it will file an objection with Icann, Mr. William said.

Jacob Malthouse, co-founder of Big Room, said the lawsuit is “without merit” and that the company doesn’t plan to pull out of the race for.eco, which has four competitors total. “Over 50 environmental groups from around the world at the highest level support our application,” he added. Top Level declined to comment on the suit.