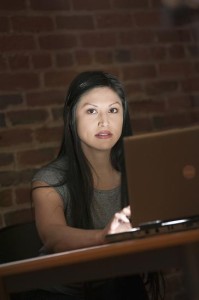 Great writeup recently on WE Vancouver about Vancouver-based domain name registrar Webnames.ca, who has been preparing for the launch of these new gTLDs for four years.

Sex.com sold for $13 million in 2010, so you can imagine what an address like Sex.sex could be worth.

The race to own the best new digital real estate is on, with the finish line approaching this summer.

Historically, a new generic domain extension such as .com, .info or .net (which are separate from country-specific domain endings such as .ca) is launched every one to two years by ICANN, the Internet Corporation for Assigned Names and Numbers. Headquartered in Los Angeles, the non-profit coordinates the internet’s system of unique identifiers, such as domain names and country codes, and the protocols that create the road map for the World Wide Web.

Previously, when a new domain was released, there was a modest spike in activity for domain name registrars as people and companies jostled to secure their brands with the best SEO or Search Engine Optimization name possible.

In 2008, however, an initiative took shape to drastically change the way the internet looks, envisioning the creation of many new and sought-after domains such as .blog, .web and .music, as well as a highly competitive application process. On June 20, 2011, ICANN’s board voted, amid controversy, to end most restrictions on the generic top-level domain names.

It is arguably the biggest change ever to the internet’s method of naming.

Cybele Negris, president and co-founder of Vancouver-based domain name registrar Webnames.ca, has been preparing for the launch of these new gTLDs for four years.

“People in our industry are totally gearing up for this. It’s been through numerous meetings, discussions and public consultations, opposition and huge debate. For us, this is the biggest opportunity in the history of our industry.”

In a world where SEO is king, the enterprising see not only an opportunity to establish a strong online presence for their business, but a chance to make money.

Stakes are high. You can apply for the rights to own and operate your proposed gTLD for the low price of $185,000, plus a $25,000 annual fee. Just head on down to ICANN with your chequebook and roll the dice along with a handful of other interested parties, and make an investment that could pay off in spades — and analytics — if you win.

The application process opened in Spring of 2012 and ICANN received 1,930 proposals from 1,115 applicants looking to operate 1,409 possible gTLDs — the most popular being .app, with 13 applications. There were 11 each for .home and .inc, another 10 for .art and nine applications for .shop. There are four competing bids for the .gay domain. There are also 66 geographic name applications, such as .vancouver, and 116 applications for Internationalized Domain Names, or IDNs, for strings in scripts such as Arabic, Chinese, and Cyrillic.

Once a bidder has been awarded their gTLD, they are expected to operate it; extensions can’t be left idle. Some will act as registries, opening the extensions for public use and selling web names, but others, such as Shaw’s trademark bid for .shaw, will likely never be made available. Guidelines in terms of how stringent ICANN will be in monitoring the use of the new extensions have not yet been determined, however.

And not all approved gTLDs will succeed. Registrars will be watching closely to see which of .photo, .photos or .photography, for example, reach critical mass. Alexa Raad, CEO of Architelos, noted in DomainNews.com that “the metric for success will be whether the TLD improves the relationship between the company or organization and their customers or members.”

The new top-level domains are expected to go live in Quarter 3 of this year after a rigorous examination process. A Seattle-based company called Donuts leads the pack with 307 applications, followed by Google with 101, Amazon with 76 and Microsoft with 11. The full list of applications is available at newgtlds.icann.org/en/program-status/application-results.

But the ICANN decision wasn’t without its detractors. The large application response, in many cases, was the result of strategic, defensive moves by large companies whose web presence in the .com era was firmly established. Following the vote to expand gTLDs, the Association of National Advertisers led the charge to protect the intellectual property of these companies, forming the Coalition for Responsible Internet Domain Oversight. The 102-association-strong coalition opposes the roll-out, citing its “deeply flawed justification, excessive cost and harm to brand owners, likelihood of predatory cyber harm to consumers and failure to act in the public interest.”

But for Negris, and many who have more than a decade of experience navigating the online world, this digital landrush is exciting for one main reason: “Every good .com name was gone,” Negris says. “If you’re starting your company, no generic names, for sure. One word names — all gone. Short letter words — all gone. So people are having to come up with company names that don’t mean anything, or multi-word names.”

Peter Thrush, chairman of ICANN’s board of directors, was quoted in The Guardian (UK) after the vote saying that “today’s decision will usher in a new internet age. We have provided a platform for the next generation of creativity and inspiration. Unless there is a good reason to restrain it, innovation should be allowed to run free.”

It will also make the internet more inclusive. Eschewing the American overtones of .com, many international businesses had sided with a nationalistic approach, identifying with their country of origin. But the new generic names will mean website operators from Canada to Korea will naturally group together by common subjects, interests or services, such as .eco and .auto. Negris anticipates that many brands will use this as an opportunity to supplement their web presence, but don’t expect the ubiquitous .com to disappear from the vernacular soon.

A random draw in December of last year determined the order that the approved gTLDs will be revealed, and once the process begins, initial evaluation results will be released at a rate of about 150 per week starting in March, 2013. Contracts and pre-delegation testing (verifying that the applicant has met its commitment to establish registry operations in accordance with the technical and operational criteria) will be done at a rate of about 20 per week, which allows for about 1,000 new gTLDs to be introduced in any given year.

With no firm start date announced, Negris strongly advises people to pre-register now to protect their brands or to get the name they’ve always wanted. It is free to apply, with a checklist of anticipated gTLDs to choose from. When the new domain extensions start being released, registrars will notify their customers as quickly as possible to secure the web address they are interested in.

“There have been a select few, over the years, who kind of jumped in at the right time and were able to grab some phenomenal names and were able to resell them for multi-millions of dollars,” Negris recalls.

The person who secures Vancouver.food and builds the content to maximize its SEO potential could reap the rewards in a sale later. More practically, someone who owns a domain name such as Vancouver.plumber could benefit from the coveted Top 3 ranking in a Google search when 100-year-old pipes in a Mount Pleasant home decide to make it rain.

“Companies need to look at two things when they are coming up with their strategy,” advises Negris. “What would they be using that domain for? There may be different ways of segmenting their business, where a kamagra.mobile, .blog, .web or .deals becomes campaign related rather than your main website. And for businesses that aren’t as well known, having ‘yourbusinessname.auto’ tells everybody what you’re all about. In terms of SEO, that should help drive searches to your website.”

As for the late nights ahead spent managing the roll out while listening to the trains roll in next to their Gastown brick-and-beam office (recently voted “one of Canada’s Top 100 Most Admired Corporate Cultures”), Negris has only the thrill of the unknown in her sights.